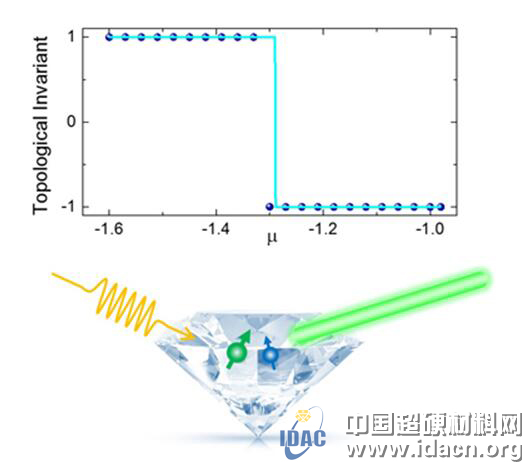 The number of topologies can be used to characterize a particular phase transition, a topological phase transition that cannot be explained by the Landau symmetry breaking theory. Since the discovery of quantum Hall effect, many topological phases have been theoretically predicted and experimentally verified. However, directly measuring the topological number in experiments is still a challenge. At present, most of the topological systems are difficult to prepare experimentally. One feasible research method is to simulate it with another controllable quantum system. If the Hamiltonian of the quantum simulator is regulated to be exactly the same as the topology, then all the information of the topology can be extracted by the quantum simulator.
Researchers have used superconducting quantum circuits to simulate topological systems and successfully measure the number of numbers, but their measurements require integration into a continuous space. Due to experimental conditions, only a limited amount of physical quantities can be detected. Very large, unable to give discrete topological numbers. Du Jiangfeng's research group and collaborators used the quantum system of nitrogen-vacancy site defects in diamonds to completely reconstruct the Hamiltonian of the topological system in different phase spaces through carefully designed microwave and RF pulses, and accurately measured the discrete The number of topologies was observed and a clear topological phase change was observed.
This experimental result laid the foundation for the wide application of diamond system based quantum simulators. By coupling multiple nitrogen-vacancy site defects, a scalable quantum simulator can be constructed. By precisely controlling each spin, a more complex topology can be simulated, and of course other interesting quantum systems can be studied. Compared to building a general-purpose quantum computer, quantum simulators are expected to take the lead in the practical phase. For some complex material systems, there are technical challenges in experimental preparation, and classical computers are powerless. At this time, the use of quantum simulators is of great practical significance.
In addition, the research team led by Du Jiangfeng used a similar spin quantum control technique to test a class of measured Heisenberg uncertainties based on statistical distance for the first time in the world. The research results are also published in the Physical Review Letter [Phys. Rev. Lett. 116, 160405 (2016)]. The technology news site Phys.org reported that â€œthis work provides a deeper understanding of the original ideas of Heisenberg's uncertainty principle and has potential practical applicationsâ€.
The above research was supported by the National Natural Science Foundation of China, the Ministry of Science and Technology, the Chinese Academy of Sciences and the Ministry of Education.

FHM fence factory provides a variety of Garden Fencing Kits to support your selling.You could have a multiple choice here.FENCING ACCESSORIES ALL MADE FROM GALVANIZED COATED STEEL - easy replacement of parts for your Garden Fence needs.Such as
Post cap,post band,middle post end,Y arm and wire tension. According to the surface treatment we have hot dipped galvanized and pvc coated . The color have dark green ,black,red etc.